Every ad campaign you create on Facebook, Adwords, Taboola, Snapchat, etc has one fundamental objective to fulfil, and that is to establish a higher ROI for the ad spent. In this article, we are going to see how creative optimization can be one of the primary strengths of campaign traffickers to increase your overall ROAS and thus boost your campaign effectiveness. So, after reading this article, you’ll be able to analyze and set up effective creatives and optimize them for a better performance of your ad campaign.

What You Need to Understand Right Away: The Algorithm Working Behind? 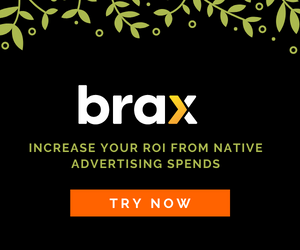 Assume that the network average CTR is 1%.

Now, you start lowering the CPC of both the ads “A” and “B” by 1 cent gradually and you’ll slowly notice that the impressions and daily budget will not be met for ad A while ad B will continue to meet the daily impressions and budget.

This is because, as you lower the CPC of ad “A” the ad visibility score (CPC * CTR) goes below the average threshold and they don’t get enough winning impressions to get displayed. However, for the ad “B” the ad visibility score continues to be high despite the gradual decrease in CPC since the ad CTR is almost double the network average, thus, you can continue to lower the CPC rates till a threshold where you’ll see the impressions eventually going down.

So, now you must understand why creative optimization is so crucial–since it heavily determines the ad CTR and the overall ROI for the campaign.

Creative Optimization of Ad Campaigns: The Elements of an ‘Ad’ Creative

Here we are going to discuss what constitutes an “ad creative”.

The Need for Creative Optimization and the Impact of ROI

Now you already know that creative optimization can impact your CTR and essentially the overall ROI. When talking about creatives, there are broadly 2 types of creatives, native and display. Native creatives are the ones which are mostly seen on ads across facebook, taboola, outbrain, zergnet network while

Read More  10+ Google Display Ads Best Practices: Tips and Tricks
display ads are mostly served through adwords and google marketing platforms. For native ads, you require 3 components namely- title, thumbnail, and description (optional ad times) along with url. However, for display ads, the creative assets are image rich which contains the entire message in itself along with the urls. In the section below, we will talk about the creative optimization tips and tricks for both native and display ads.

Make sure your headlines, description, and thumbnails are relevant if it is a facebook or native ad. For a banner ad unit, ensure it is clutter free and has the basic information to create excitement and definitely a call to action button.

A/B test your campaign headlines by having 2 different headlines. Each should be having 4-5 different thumbnails of images so that you can test which creative is working best along with which headline test.

Ensure your headlines have phrases that trigger a call to action. This will ensure higher ad CTR and will boost your overall ROI.

Include an element of concern, mystery, care, compassion, wonder, childhood..

Ensure your headline is not too long and the creative is optimized for desktop, tablet, and mobile if you are targeting all the devices.

Call to action buttons would be highlighted in bold colors so stand out, and this will again ensure a higher CTR.

How to Choose the Winning Creative for your Ad Sets? 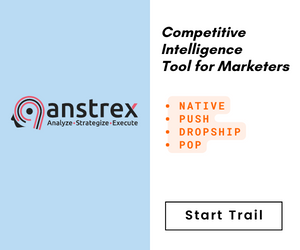 It is always suggested to do an A/B testing of the headline text of your ad set with 4-5 different thumbnails or images in it. So, essentially, you’ll be running 2 separate campaigns with all the same parameters and thumbnail/images. So, in the first campaign, you’ll be able to see the CTRs varying due to the variation in the thumbnails and images. This will give you an idea of which thumbnail is performing best. Similarly, the second campaign will give you the best performing thumbnail and image for the second ad campaign. Finally, you can predict which combination of the title and thumbnail/image is giving you the best performance and you can pause the other combinations accordingly.

Our 'Handpicked' Tools for Internet Mareters

I and my team research various media buying platforms and can help you choose the right network; so you could rake in more greenbacks with an increased ROAS. I am just a mail away, so reach out to me if you need assistance with scalable media buying. mail: [email protected] 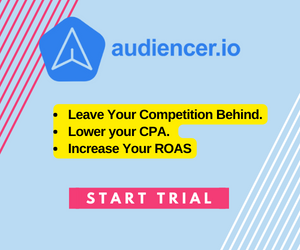 I and my team research various media buying platforms and can help you choose the right network; so you could rake in more greenbacks with an increased ROAS. I am just a mail away, so reach out to me if you need assistance with scalable media buying. mail: [email protected] 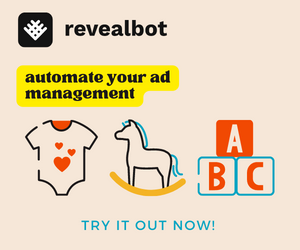